Do You Need A Medical Marijuana Recommendations?

Weed. Cannabis. Pot. Ganja. Mary Jane. Whackatabacky. There’s so many names, yet they all refer to the same substance: Cannabis, Best known for the “high” it creates, however, it’s also used as a medicine by people all over the globe for centuries.

Though illegal in many parts of the world, and even criminalized in recent history more and more people are using marijuana for its many medicinal benefits now. If you are interested in getting a medical cannabis recommendation, we can help you through the process.

Marijuana strains fall into one of three groups, Sativia, Indica, and Hybrid. In each group, a big amount of strains exist. Each one having a different concentration of cannabinoids and, as a result, causes different effects. Talk with a physician to determine which strain will best fit your desires.

Give increased energy and are higher in THC

Effective at relieving anxiety and stress and are higher in CBD

Create effects falling somewhere between sativa and indica, depending on which characteristics they inherit from their parent strains

The chemical compounds in cannabis are called cannabinoids, cannabinoids are the chemicals which give the cannabis plant its medical and recreational properties. Cannabinoids bind to cannabinoid receptors. These receptors and cannabinoids can be thought of as a lock-and-key system unlocking the receptors causes change in how the cells function leading to the different bodily effects that you feel.

Tetrahydrocannabinol (THC) is the active chemical in cannabis which responsible for most of marijuana’s psychological effects. THC stimulates cells in the brain to release dopamine, creating euphoria, according to NIDA. It also interferes with how information is processed in the hippocampus, which is part of the brain responsible for forming new memories.

Cannabidiol (CBD) is non-psychoactive, which means it won’t get you high — and there’s a growing amount of evidence that it can help with a number of health conditions including anxiety, Alzheimer’s disease, addiction, arthritis, inflammatory bowel disease, fractures, migraines, psoriasis, and pain. 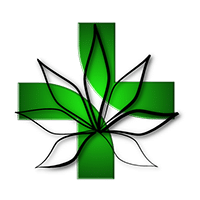 How Marijuana Have So Many Health Benefits?

Here are a few health benefits that marijuana can solve:

Some believe that marijuana can lower hypertension, a serious problem that leads  to cardiovascular disease. It’s been found some compounds in marijuana bind with cannabinoid TRPV(1) receptors, producing hypotensive effects.

Some studies found a good correlation between marijuana use and healthy body weight. A study in 2010 said that marijuana users had thinner waistlines than those who abstain from the substance, and a study in an Inuit community found weed smoking use to correlate to lower BMI. These reports also concluded that pot smokers are 30 percent less likely to develop Type 2 diabetes.

Better known for causing hunger, some studies suggest that cannabis may actually help suppress your appetite. In one experiment, researchers administered the cannabinoids CBD and THCV to mice and saw it increased their energy expenditure by increasing their metabolism.

Marijuana lessens the pain of patients with diseases that affect the nerves, like HIV and diabetes. After just a week of smoking the substance, 10 patients reported more than 30 percent reduction in pain.

Medical marijuana’s most common uses is the treatment of chronic pain — a condition that 1.5 billion people around the world suffer from. Chronic pain is now a qualifying medical condition in many states, which means you can be treated by the drug.

Studies say marijuana relieves muscle spasms, common to spinal cord injuries and conditions like multiple sclerosis. In a 2012 experiment, researchers gave synthetic cannabis to a group of 30 MS patients unable to walk, and administered a placebo to 30 others. The group that was given the cannabis saw a decrease in muscle spasms one third more than the placebo group.

Nausea and vomiting are symptoms of many illnesses, and cannabis is a powerful treatment for both symptoms. It’s more effective than pharmaceutical drugs while having fewer side effects.

Our skin is always faced with and damaged by free radicals, which are bad compounds in UV rays and pollutants. Cannabis, which is high in antioxidants, can neutralize these harmful compounds and keep our skin safe from damage.

As we grow older, our skin secretes less oil and becomes drier. The endocannabinoid system regulates oil secretion, and marijuana is thought to maintain the secretion keeping our skin moisturized.

Though no study has yet been made on the long-term effects of cannabis on aging skin, marijuana has treated dry skin conditions like eczema.

Patients found the number of migraines they had per month decreased from 10.4 to 4.6 with the use of cannabis, and 14 said the migraines vanished completely.

Cannabinoids are anti-inflammatory. One study gave THC to mice, causing the death of dendritic cells and T cells, which in turn led to immune system suppression. These results suggest that THC may be beneficial in situations where the immune responses should be dampened, such as with graft rejection and autoimmune diseases. This application of THC could have a far-reaching impact, as some researchers believe that chronic inflammation is a possible cause of many aging-related diseases, such as heart disease, multiple sclerosis, rheumatoid arthritis, and Alzheimer’s.

Marijuana also relieves depression — a disorder affecting 350 million people around the world. It acts in the same way many antidepressants do. Its side effects are also mild compared to those of other antidepressants, which include fatigue, sexual dysfunction, and insomnia.

Although marijuana can mess up sleep cycles, it has also been shown to reduce nightmares, which is particularly useful for those suffering from PTSD.

One function regulated by the endocannabinoid system is the formation of bones and protection against age-related bone diseases like osteoporosis. Both CBD and THC are involved in maintaining bones, and CBD has even been shown to improve the healing of fractured bones.

People have also found that cannabis can provide relief from joint pain and help to protect the nerves in joints.

Protects the Brain from Trauma

Researchers found marijuana has neuroprotective properties, which means it protects the brain from injury. In fact, leading Harvard researcher Lester Grinspoon even wrote an article to the NFL suggesting its players consume cannabis to combat head trauma.

Studies show that THC helps to increase the production of ceramide, a molecule which kills cancer cells. CBD is thought to help stop cancer cells from spreading.

Cannabis provides relief for one of the most unpleasant treatments — chemotherapy. It lessens chemotherapy patients’ pain and nausea, and increases their appetite.

Marijuana doesn’t just lessen chemotherapies side effects — it also treats cancer itself. Researchers in Spain observed that THC causes cancer cells in the brain to die, in a process called autophagy. In this experiment, mice with human tumors were given THC, which induced autophagy and slowed the rate of growth of the tumors. When given to two human patients with aggressive tumors, similar results were found. Researchers at Harvard had similar success reducing lung tumors implanted in mice — in three weeks the tumors shrunk in half.

Marijuana treats epilepsy. A new drug called Epidiolex, which contains CBD, may become the first drug of its kind to be approved by the FDA to help treat children with the disorder.

To talk to a Tulsa Marijuana Doctor about how you can get your recommendation, schedule an appointment today.

Feel free to email us directly at evolvedhealthandwellness@gmail.com 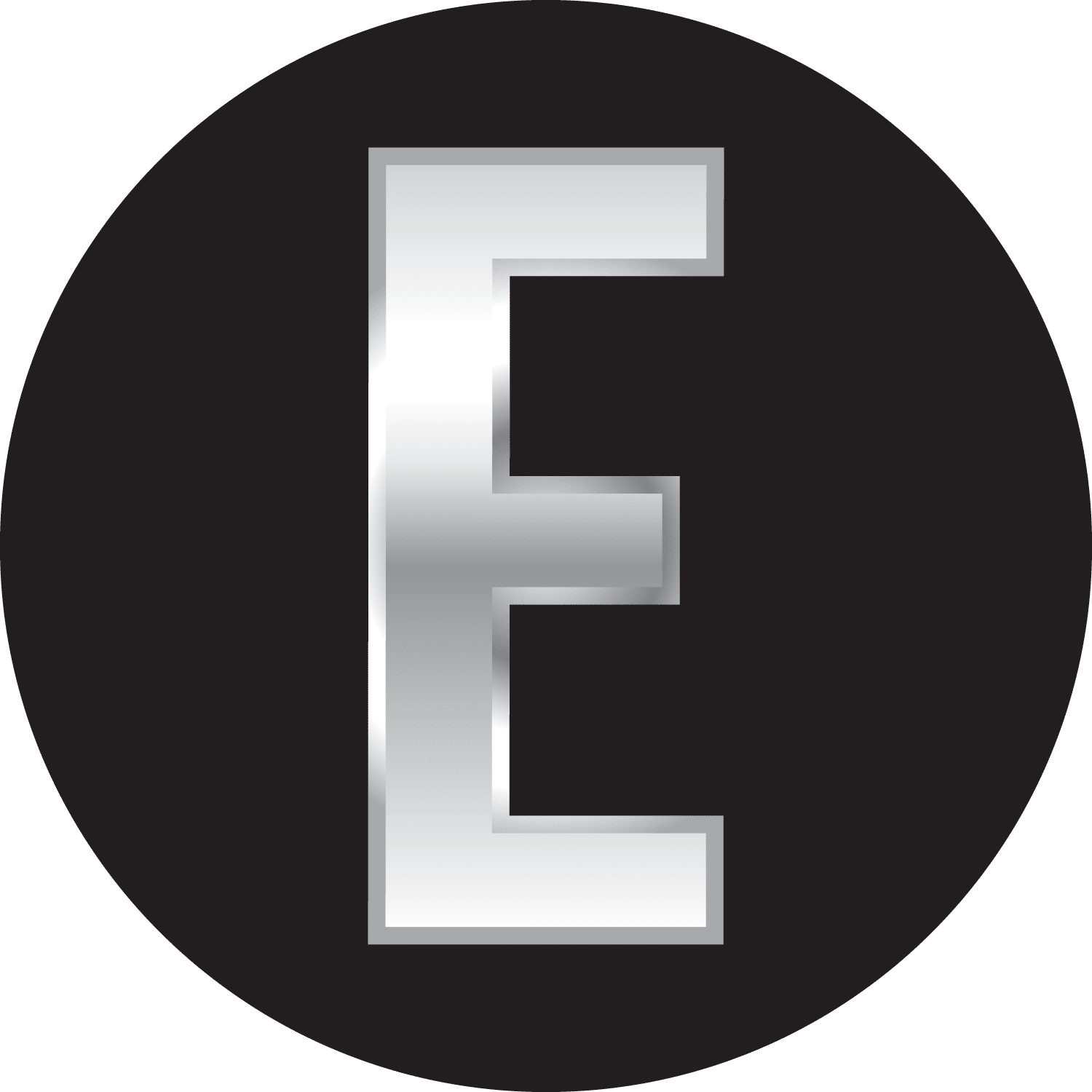 Have Questions? Give us a call today!